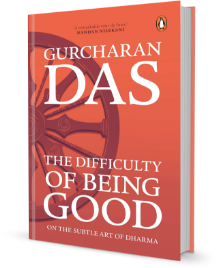 Why should we be good? How should we be good? And how might we more deeply understand the moral and ethical failings--splashed across today's headlines--that have not only destroyed individual lives but caused widespread calamity as well, bringing communities, nations, and indeed the global economy to the brink of collapse? In The Difficulty of Being Good, Gurcharan Das seeks answers to these questions in an unlikely source: the 2,000 year-old Sanskrit epic, Mahabharata. A sprawling, witty, ironic, and delightful poem, the Mahabharata is obsessed with the elusive notion of dharma--in essence, doing the right thing. When a hero does something wrong in a Greek epic, he wastes little time on self-reflection; when a hero falters in the Mahabharata, the action stops and everyone weighs in with a different and often contradictory take on dharma.

Each major character in the epic embodies a significant moral failing or virtue, and their struggles mirror with uncanny precision our own familiar emotions of anxiety, courage, despair, remorse, envy, compassion, vengefulness, and duty. Das explores the Mahabharata from many perspectives and compares the successes and failures of the poem's characters to those of contemporary individuals, many of them highly visible players in the world of economics, business, and politics. In every case, he finds striking parallels that carry lessons for everyone faced with ethical and moral dilemmas in today's complex world.Written with the flair and seemingly effortless erudition that have made Gurcharan Das a bestselling author around the world--and enlivened by Das's forthright discussion of his own personal search for a more meaningful life--The Difficulty of Being Good shines the light of an ancient poem on the most challenging moral ambiguities of modern life. 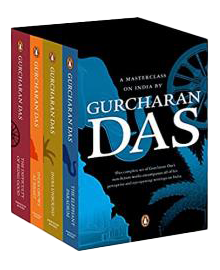 This set of books has these stories :The riveting tale of a nations rise from poverty to prosperity, and the clash of ideas that occurred along the way, The story of an ancient civilizations… more 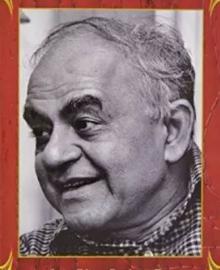 The Stories of Indian Business Series:…

Arthshastra: The Science of Wealth by Thomas R. Trautmann
The World of the Tamil Merchant: Pioneers of International Trade by Kanakalatha Mukund
The Mouse Merchant: Money in Ancient… more