Covid and the bureaucracy: India needs modern institutions that are autonomous, accountable and creditworthy

The events of the past month have been so tragic, so unspeakably ugly that the only rational response was to pretend it wasn’t happening. The raging second wave of the virus revealed not only the governmental ineptitude but also exposed India’s soft underbelly – our heavy bureaucratic system, which wasn’t nimble enough to cope with the crisis.

Even more damning was the reminder of how this system fails us daily to deliver basic public goods – justice, health, education, water, electricity etc – which is why India is sometimes called a ‘flailing state’. BJP promised in 2014 to change all this via ‘maximum governance, minimum government’. It hasn’t done so. But it still has a chance. 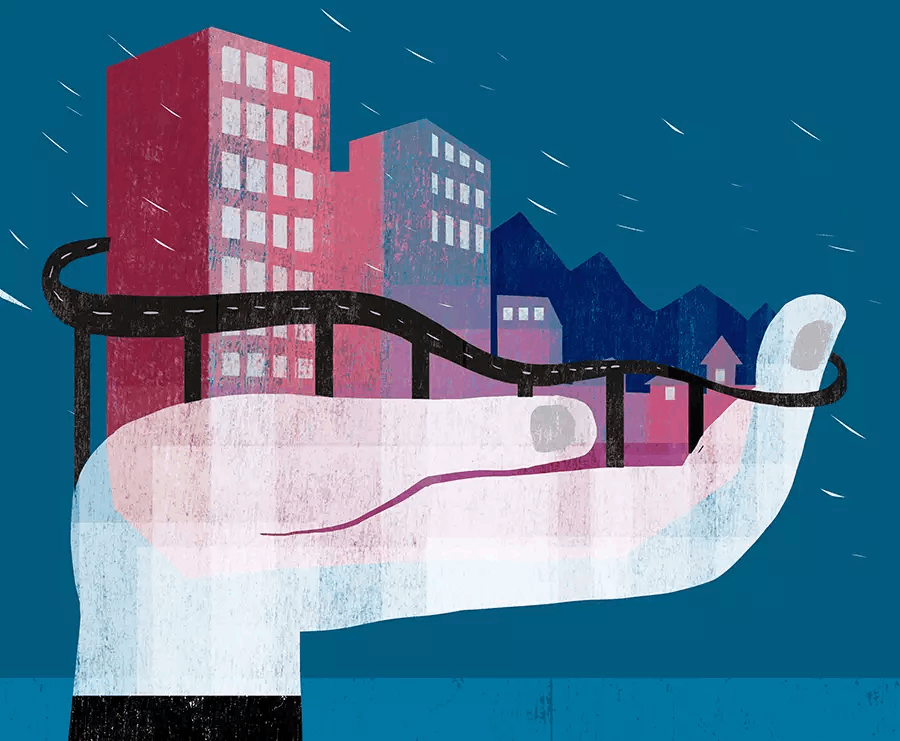 Covid will be gone one day. But the citizen’s day-to-day misery, coping with rotten institutions, will remain. If BJP wants to redeem some of its lost shine before 2024, it must focus on reforming some of our shoddiest institutions. Before Covid 2 struck, the FM had proposed an inspiring Union Budget that focussed on job-creating growth via infrastructure spending. Joe Biden, the US president, followed suit with a similar strategy in his stimulus package. Both recognised the best road to recovery from the Covid crisis was infrastructure investment, which is a multiplier, stimulating the private sector to invest, creating jobs, boosting consumption.

India needs modern, effective utilities that are autonomous, accountable, and creditworthy. Successful countries have created such institutions. We too have excellent examples at home to emulate. There is Delhi’s Metro in city transport; Concor in moving freight containers; Energy Efficiency Services Limited (EESL) in driving the nation’s switch to LED lighting; electricity companies in Delhi, Kolkata and Mumbai; and Shimla Jal Prabandhan Nigam Limited (SJPNL) for water and sanitation.

Shimla’s story is astonishing. The popular hill station was no different from most Indian cities in its water woes. You were in the shower and the tap would go dry; or washing dirty dishes, it always chose the worst moment. You scrambled to get a tanker. When the tanker got delayed, there was another scramble, sometimes even a riot. In the summer of 2018, Shimla’s woes hit a peak: You got water only once a week. A jaundice epidemic broke out, tourists ran away, hotels closed, business down on its knees. It felt like a ghost town.

Up against a wall, the municipal corporation acted with staggering wisdom. It set up an autonomous utility company to manage both water and sewerage, accountable to citizens for service and to outside lenders for financing. It replaced leaky pipes; upgraded old pumps that lifted water thousands of feet from river valleys; established higher pay-for-what-you-use tariffs, monitored by meters; subsidised the poor via a ‘lifeline slab’ of cheap water; brainwashed consumers on how to save water and water bills. It made the same dramatic turnaround in sewerage. Soon, Shimla achieved the unbelievable: 24×7 continuous water in all three test wards and much enhanced water supply, clean sanitation throughout the city.

Tourists and businesses came running back. Shimla topped the most liveable small city index. The secret of Shimla’s success was a dramatic change in governance. Instead of managing water and sanitation via myriad government departments, the town created a modern utility with an autonomous CEO; he didn’t allow water to be stolen (as much as a third had been stolen earlier) because he was insulated from political pressure and had to remain creditworthy for future financing.

India needs such institutions to manage its infrastructure – its electricity, ports, highways, even healthcare. Whether these institutions are publicly or privately owned or public-private partnerships doesn’t matter. The key is that they should be autonomous, with a firewall against meddling by politicians and bureaucrats.

The FM’s mantra should be ‘Don’t fix the pipes; fix the institutions that will fix the pipes.’ She should make her infrastructure largesse conditional to such institutional reform. She should not fund specific projects but fund effective, accountable utilities like SJPNL to execute the projects. Her reward will be the absence of government departments standing at her door with a begging bowl. Being creditworthy, the utilities will leverage domestic and global financial markets; they will float bonds, tapping long-term finance. Thus, India will deepen its bond market.

Who will be losers in this reform? Bureaucrats, politicians, and unions – a formidable interest group! Politicians won’t be able to give away free electricity to farmers. Bureaucracy, in any case, is allergic to reform – it’s a cunning survivor and will do anything to preserve its power. Since employees of the modern utilities will have to adopt a new work ethic, it will send the unions into the trenches. All three vested interests will be ready to do battle. It won’t be easy.

Luckily, people will be on the reformer’s side: the prospect of 24×7 water and 24×7 electricity is nirvana in India. The lesson from recent agricultural reforms is that you must carry the people in a democracy. So, the smart reformer must sell the reforms before doing them, get the people on his side. Finally, it may seem odd to be reforming in this horrific Covid crisis, but reforms generally happen in a crisis. So, don’t waste this crisis, prime minister!