‘Kama’: A unique blend of theory and fiction asks what desire is and provides no definitive answer

Gurcharan Das's 'Kama: The Riddle of Desire' does not resolve the paradoxes but points out the directions in which solutions can be sought. 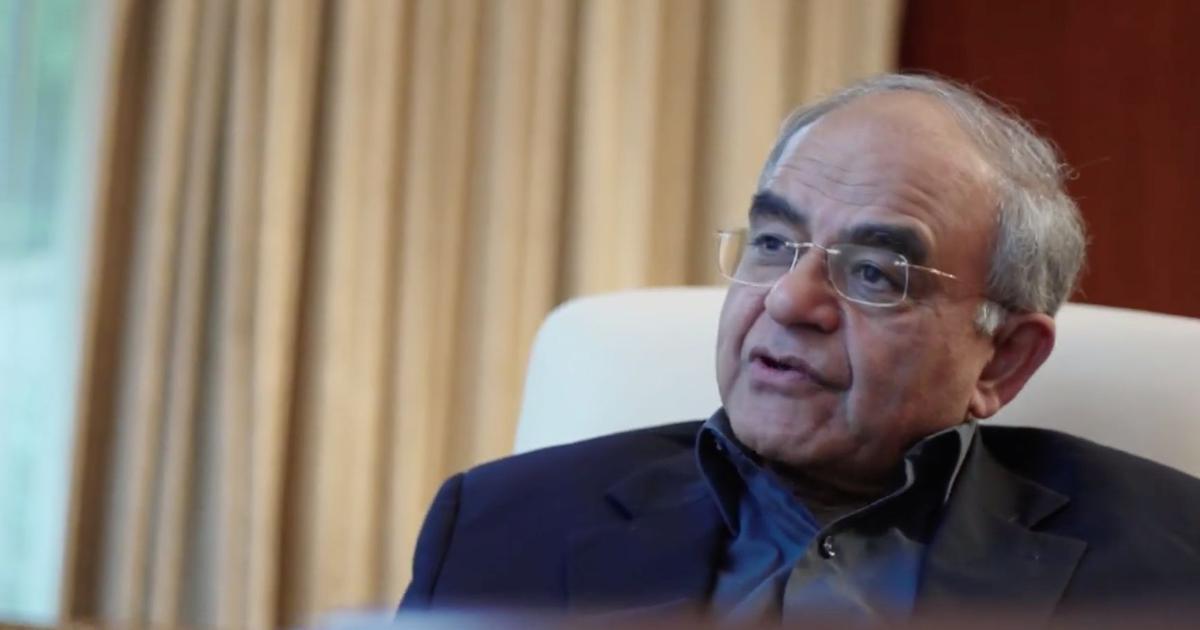 The mythological figure of the Hindu god Kamadeva carries as his weapon a sugarcane bow with a bowstring of bees and five kinds of floral arrows to fell his "victims". His flower arrows comprise Aravinda (white lotus), Ashoka, Cuta (mango flower), Navamallika (jasmine) and Nilotpala (blue lotus). These flowers, respectively, give rise to Unmada (infatuation), Tapana (excitement), Shoshana (parching or withering), Stambhana (heating) and Sammohana (paralysis) – the different stages of kama.

The symbolism of these flowers is deep, and they make a fitting cover for Gurcharan Das's latest book, Kama: The Riddle Of Desire. Das's doorstopper – just shy of 550 pages – on kama touches not just upon its mythology, but takes on the subject from every other possible perspective.

The book forms the third part of Das's trilogy on the Hindu trivarga (three principal aims), viz dharma, artha and kama. The first two subjects were represented in his earlier books, The Difficulty of Being Good: On the Subtle Art of Dharma (2009) and India Unbound: From Independence to the Global Information Age (2000). In his introduction, Das shies away from the fourth aim (part of the popular purusharthas), moksha or liberation, saying he finds himself unqualified to write on a topic as lofty as that. But Das is just being modest. A prolific writer, speaker, erstwhile corporate head and something of a thought-leader, Das has proven his scholarship several times.

The multiples of love

Das is especially exhaustive in his exposition on kama, packing in a treatise, a commentary and a roman à clef within a single volume. But more than anything, this book is, in the author's own words, "a biography of a self-intoxicating emotion." The fount of all feelings, indeed, of life itself, kama is the pivot around which lives turn.

Das clarifies at the outset the many meanings of kama, the primary ones being desire and pleasure. The rest of the book takes its time explaining how it's not just about sex, the way most people imagine it to be. Like many writers before him, he tells his readers how the most popular text associated with kama – the Kamasutra of Vatsyayana ­­– is about the impulse for life and the larger art of pleasure, of which sex is a subset.

The author draws instances and parallels from a vast range of cultures and literatures to point to ways in which love is somewhat different but mostly the same across space and time. His gleanings are derived as easily from Plato, Aristotle, other Greek philosophers, the Bible, Shakespeare, Chekov, Austen, Freud and modern Western thinkers as they are from the Vedas, the Bhagvad Gita, the Bhakti poets and classical Sanskrit poets like Kalidasa and Bhtrhari. Where he uses Kalidas's Kumarasambhavam to demonstrate the erotic aspect of love, he also uses the tales of Romeo & Juliet and Tristan & Isolde to speak of its destructive impulse. Das offers a wealth of references, which a serious reader may want to pursue, but his favourite is Marcel Proust, whose works he uses as a constant point of reference and comparison while narrating the story of his alter ego and protagonist, Amar. But more on this later.

Das starts from the beginning, tracing the evolutionary path of human emotion and relationships. He presents perspectives from anthropology, sociology and psychology to explain how and why (heteronormative) couples came together to form families, why marriage emerged as a sociocultural unit, how monogamy was its consequence, and where the state got involved.

Das creates two broad categories of "kama optimists" and "kama pessimists" to classify philosophies that saw desire as a useful thing, versus those that saw it as harmful. For example, the Charvaka philosophers, who espoused complete hedonism, or the rulers and artists of the Gupta period upheld pleasure as a necessary and noble aim of life. They wrote and created the most sensual and exotic pieces of art and literature to reflect this.

The Buddhists and monastic Hindus, on the other hand, shunned desire and saw it as the greatest obstacle on the path of spiritual progress. Buddhism's three obstacles to nirvana include "desire" depicted by a snake, "hatred" depicted by a chicken and "stupidity" depicted by a pig. In monastic Hinduism, desire or kama is attached to other negative emotions such as greed, anger, and delusion. A particularly remarkable conceptual inversion takes place in Buddhist lore, where the Hindu god Kama is turned into Mara, the god of death.

Mara and his three daughters – desire, delight, and discontent – tempt Siddhartha Gautama repeatedly in a bid to throw him off the path to Buddhahood. In Hindu mythology too, desire is embodied in apsaras who are similarly sent to cause bhang (disruption) to a yogi's tapasya (spiritual discipline). In the Western/ Christian view, kama pessimists once thought of passionate love as a pathological condition leading to madness, or as a ruinous appetite that reflected the Original Sin.

This, according to Das, reflects the essential duality of human beings. We all have both erotic and ascetic tendencies, and this is where kama poses its riddle. The reconciliation of the two was achieved, in some measure, by the injunctions of the Dharma texts, which deigned that kama was dharma for those in the grihasta or householder phase, and that one was not allowed to renounce sex while in the second stage of life. It came, however, with the disclaimer that sex was just meant for procreation and not recreation. This paradox of pleasure for its sake and pleasure for a purpose has long perplexed man in societies across the world.

The same paradox plays out continually within the protagonist of the story of what is essentially Das's own life. Amar, a middle-class boy from a Punjabi family, represents the author. The reader is made witness to the many motivations and trepidations of his life as he grows from being a shy, tongue-tied Delhi boy to a man about town in Bombay. But because this book is about kama, his life is measured mostly by the women in it.

We are privy to his first, adolescence-laced love for Isha – an impulsive, high society girl. With Isha, Amar learns his first lessons about the rush, the vulnerability, the jealousy and ultimately, the heartbreak in love. Isha returns to his life later as a lover, throwing Amar into a tumultuous sea of emotions, only to leave him yet again.

Avanti serves as a foil for Isha, entering Amar's life as his constant and solid companion. Her level-headedness and measured friendship earns Amar's respect and, later, love, and the two go on to marry and have children. Eventually, the monotony of life throws Amar into a maelstrom of an extra-marital relationship with the lovely Amaya. He experiences the pleasures of love all over again, but at the cost of marital stability. Eventually, Amar's life returns to its regular state, and the norms of socially-acceptable love win.

Perhaps the choice of the names of Das' characters is not so incidental, for an observant reader might notice how Amar means eternal, Isha means god(dess), Avanti means independent and Amaya means night rain. Through these characters, Das examines this many-layered thing called desire and the web of complex emotions that one must navigate. His writing resonates easily, for the story is as universal to humans as it is unique to him.

He makes astute observations on the way social class, caste, gender, education, and age play a part in the narrative of love and life. The many faces and textures of love, pleasure, desire and their darker counterparts emerge through his nuanced telling. The format of the story is made most interesting, interspersed as it is with quotes, commentary and anecdotes. Often the reader pauses to think about the questions the author poses about love, such as this one on the old human dilemma: "How does one reconcile devotion and loyalty to an old love, with the freedom and excitement in discovering a new one? How can one be able to love and still be free?". Das also makes resonant statements such as: "In the end, there is no logical connection between love, sex and marriage – the three ideas many believe to be naturally connected."

But after undertaking this long literary pilgrimage, is Das able to – or does he even want to – solve the riddle of desire for his reader? The answer is a resounding "no". Like a good teacher, he only offers to point out the many paths and tools that may be useful, but leaves the discovery to his students. If you are someone who has ever loved, or lost, or dreamed of loving, or is frustrated by its paradoxes, this book is definitely for you.