No nation became prosperous without trust between government and business. 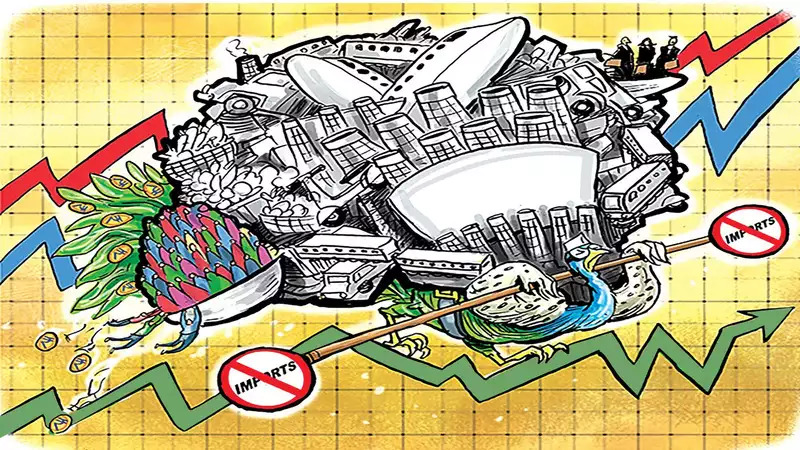 In the past few weeks, a series of disquieting events have raised the question of trust between government and business. It brought back unhappy memories of the License Raj. Some think that getting government and business to trust each other is hopeless, like getting a pig to sing. ‘It wastes your time and annoys the pig,’ said Mark Twain. Others are wary of crony capitalism, a too cosy relationship between the two. The prosperity of Germany, United States, and Japan has been attributed to high levels of trust between business and the state. In India, however, low trust has led to over-regulation, complicated laws, higher costs, and making the nation uncompetitive.

The present signs of distrust came in late July with the failure of the Indian Railways to attract a single private player to run 150 trains. It was a very attractive idea. The private investor had the freedom to fix prices, procure trains from anywhere. Passengers were delighted at the prospect of choice, better service. The railways hoped to garner Rs 30,000 crore investment to compete against airlines who’d been eating its lunch. The reform failed because of a lack of trust. Bidders had repeatedly insisted on an independent regulator to create a level playing field; flexibility in timings, routes, and a fair exit. They didn’t trust the current regulator, a retired railwayman. The railways didn’t budge. It felt as if the reform had been designed to fail. In the end, the nation lost.

Second, came the news of government’s meddling, once again, with e-commerce rules -- harassing, creating uncertainty among foreign and Indian investors. This time it was from the ministry of consumer affairs. But the Indian consumer couldn’t have been more pleased, especially during Covid. Everyone was baffled. Why was the government trying to kill an infant sector, less than 5% of retail commerce, when it offers such hope to thousands of India’s small businesses of entering the world market via global e-commerce? It is India’s ticket to massive exports and millions of jobs.

Third, differences came out in the open between India’s outward looking businesses, who want to integrate with global chains, versus the government’s inward looking atmanirbhar policy. In an impassioned 19-minute outburst at a CII forum, the commerce minister accused Indian industry of acting against the national interest. He censured businesspersons of structuring foreign investments against the spirit of the rules, blaming the 153-year-old Tata group of giving more importance to its foreign companies. He is reported to have said, “At least, you should resist the greed of these foreigners.” The previous day, the prime minister had applauded business and government for working together. CII members were confused, whom to believe, the commerce minister or the prime minister? One member allegedly whispered, “China became the world’s factory not by insulting foreigners but rolling the red carpet.”

Fourth, to underline this fault line, the commerce ministry announced an online essay competition for students. One of the two topics was ‘Import substitution: Atmanirbhar ki Aur’. Surely, it must be a mistake to revive a discredited policy of the 1960s that did so much harm to India’s exports.

Fifth, Infosys was “summoned” by the finance ministry to explain failures with income tax e-filing. Essentially, a client-vendor issue, it could have been sorted out quietly. The vendor could be penalized for its faults without public messaging via a dreaded “summons”, a word that strikes terror in every entrepreneur’s heart.

Ironically, these recent happenings occurred in the midst of 30 years celebration of the 1991 reforms. It was a reminder that distrust of the entrepreneur rose soon after Independence. Jawaharlal Nehru did not trust business; so, he shackled it with venal controls called the License Raj. He made the state the entrepreneur, and not surprisingly, he failed. The reforms of 1991 ushered in a new age of trust and prosperity. As tax rates came down, compliance rose, taxes collected went up. Earlier, the tax department used to scrutinise every tax return. Today, it checks only one percent, and tax collections have soared.

One of the first decisions of the Modi government in 2014 was an act of trust. Discarding a colonial legacy of distrust, it allowed citizens to self-attest personal documents. It ended a daily humiliation that forced citizens to hunt for officials to prove their identity. The ease of doing business also improved trust as transactions moved online, raising India’s rank on EODP from 142 to 63. But there were serious missteps after that. Wanting to establish its anti-corruption credentials, the government cut off routine consultations with industry. It criminalized misdemeanours such as short spending on CSR philanthropy. The draconian amendments to the Foreign Contributions Regulations Act brought mistrust and panic among NGOs as some global donors diverted grants meant for India to other countries. Perception of the government changed. Business was thus sceptical of last week’s laudable Rs 6 trillion monetisation plan. Although its brown field projects are free of risks of land acquisition, environment clearance, industry fears hassles at each stage of execution, from unfair PPP contracts to lack of justice from weak regulators.

When a government weakens trust, it harms itself. People do not want a pro-or-anti business government. They want one open to new ideas. Mr Modi should revive the old PM’s Council on Trade and Industry where views were exchanged views, differences settled quietly. There is a wise saying: the best way to find out if you can trust somebody is to trust them. Yes, trust but verify. This could be a good beginning for restoring trust between government and business.