7 lessons from the pandemic: We realised many things, from costs of overused state power to costs of poor quality local data 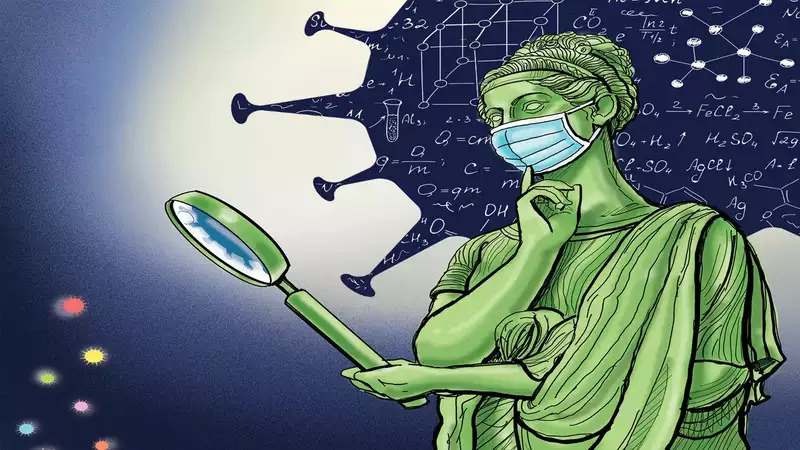 Covid-19 appears to be transitioning to an endemic. There is always the threat of a new variant but the hope is that this is the endgame. The government has withdrawn the Disaster Management Act, freeing the states to respond to the disease. A virus, ten-thousandth of a millimetre in diameter, has tested our character, our governance. What have we learned? How did we fare?

Covid’s first lesson is to wield the hammer of state power cautiously, treading softly on peoples’ lives. When the pandemic began, our government faced a tragic choice of life vs livelihood in the fog of war. Who should live, who should die? Should the old die to save the young? It was a dharma-sankat to which there is no easy answer. Criticism is easy in hindsight, but comparison makes a fairer judge. Our choices do not look good by this yardstick. India’s lockdown was the world’s harshest. At a stroke, millions lost their jobs. For a daily wage earner, this meant poverty, for a migrant, displacement under duress. In the end, our GDP fell 7.3% while we lost 38 lives per lakh population to Covid. Our neighbour, Bangladesh’s GDP grew 3.5% while losing only 18 lives per lakh people. Among low and lowmiddle-income countries, India ranked 62nd of 74 in GDP growth and 56th in saving lives. A selective, targeted lockdown would have protected the infected few without bringing misery to a quarter of a billion workers.

Covid’s tragedy began long ago with India’s failure to reform health care delivery. It still functions as a rigid, inept, departmentally run system. Smaller countries have gone far ahead. With limited resources, Thailand has achieved the dream of universal health care by linking its public and private systems. It has split its health ministry into two: one is an agency that buys healthcare for all citizens based on outcomes (from competing public and private hospitals) and the other runs government hospitals. Secondly, it focuses on rural, community based primary care networks, which are manned by local, well-trained doctors. Most of India’s rural primary health centres don’t function well. Routinely, a third of the nurses and 40% of doctors are absent and medicines are often stolen. Covid has taught us that health care is not just a cost but an investment. It is time to reform, and Thailand’s offers one model.

On the positive side, India’s vaccination drive has been impressive, and at a surprisingly low cost. It could have even done better had the government pre-ordered vaccines early. Around 80% of the population has received two doses because of good coordination and an online portal. Indians were surprised to get vaccine certificates instantly, digitally, whereas their friends abroad had to wait for handwritten papers. It’s time also, to thank Mr Poonawalla. Imagine if he hadn’t taken the risk to pre-invest in Covishield manufacturing capacity?

The government’s fiscal response to Covid was also largely correct. Free rations and the rural job guarantee scheme prevented tragedy. It was easy, politically attractive to support consumption, putting money in peoples’ pockets. However, credit easing was the right strategy because it retained jobs. It is natural to feel compassion for migrant workers, but it was bizarre to watch opposition leaders fall over themselves to give away one percent more of GDP. When they screamed, ‘Look, how much America is spending,’ it was important to remind them that India has less than one-twentieth of America’s average income. It is irresponsible to want India to pioneer ‘universal basic income’ without first eliminating all subsidies. Nevertheless, more could have been done for small enterprises and contact-intensive sectors.

Covid exposed failings in our approach to education. India’s children were forced to stay out of school longer than in any country, except Uganda. Poor kids without smartphones or educated parents lost out the most. But there is a silver lining. The policymaker is willing to admit a learning crisis, and in crisis there is opportunity. We must push ahead with a systemic and technological transformation of India’s classrooms, both in private and public schools, deliver world quality teaching to the poorest child.

Accurate data dogged our response to Covid, pointing to a serious governance weakness. Detailed testing, infections, deaths data at a neighbourhood level would have resulted in better decisions and given epidemiologists a chance to predict the epidemic’s evolution. Some of the damage in the second wave could have been avoided. Today, there is suspicion in peoples’ minds about the number of infections and deaths. Proxy data by sero surveys and civil registration systems indicate eight times more deaths than official figures. When data quality is poor, its unquestioning use in policymaking is fraught with danger.

Kerala proved the power of good data. Using Coronasafe.network, a war-room capability built by volunteer IT professionals, it monitored all its hospitals’ parameters in real time -- oxygen, ICU beds, ventilators, patient recoveries – and it saved lives. Niti Ayog has rightly identified data quality is at the crux of poor governance at the district level. In partnership with NGOs, it is leading a program in 112 ‘aspirational districts’, which provides district collectors real-time data on outcomes on a dashboard -- such as school learning, child nutrition, etc.

The uncertainty of life under Covid has also tested our ideological beliefs. The license raj made us question central planning. After 1991, the nation’s needle moved to the Right as market-based reforms brought widespread prosperity, creating a middle class. Covid has reminded us that we need the Left to protect the weak. We also need the classical Right to highlight the importance of freedom. The answer is neither unfettered free markets, nor central planning. We need both individualist and collectivist solutions to solve our problems.