Union Budget: Investment over consumption in 2022 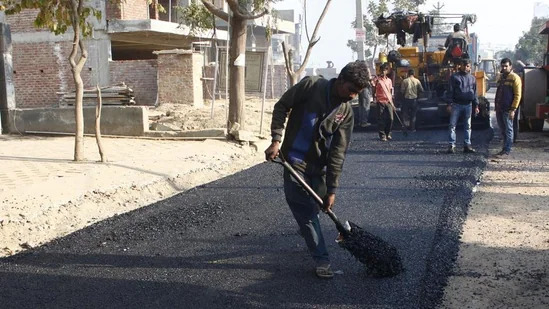 To expect reforms before an election is like getting a pig to sing. It not only wastes your time but annoys the pig (to rephrase Mark Twain). Coming just before five state elections and repeal of the reformist farm laws, this Budget was expected to be populist one. Everyone was surprised when it turned out to be anything but. Instead of freebies, it offered a road map to recovery from the pandemic and a path to high growth. Although it didn’t announce big reforms, it was investment oriented, jobs creating, filled with quiet, reformist moves, building upon last Budget’s fine initiatives.

Many BJP supporters were stupefied on Budget Day. Dismayed BJP politicians in UP predicted in private conversations the end of their careers. But they failed to understand the political strategy behind the Budget. It assumes a modest win in these state elections and is primarily focused on 2024. Its strategy is to go into the general election behind a fast growing economy, creating masses of jobs, while continuing to deliver ‘new welfarism’: that is, visibly improved quality of rural life via water taps, affordable homes, cooking gas, toilets and mobile banking via post offices. The opposition too was non-plussed. It made a fool of itself, critiquing the Budget’s digital theme, precisely what will propel India into high growth sectors of the fourth global revolution, areas such as green energy, artificial intelligence and other new technologies -- a pathetic reminder of a hundred years ago when cars first appeared on streets and Americans criticised their government for not protecting horse-and-buggies.

There are two ways to respond to an economic slowdown. The first is by consumption, the second is by investment. The first puts money in people's pockets (like Congress’ Nyaya or BJP’s PMKisan). People spend the money, consume goods, factories get running, and jobs return. In the second way, government invests in infrastructure -- roads, ports, pipelines, housing, hospitals, etc. This creates jobs but also ‘crowds in’ private investment, leading to more jobs. The Budget has adopted the second way. It is less visible, takes longer, and is politically riskier. But it’s far better because it creates assets and many more jobs.

Clearly, India’s top imperative is to create jobs, and this government has failed to do it so far. Only productive jobs (not ‘pakora-wallas’) will bring achche din. The packages for labour intensive sectors such as housing and hospitality sectors in this Budget will help, but there could have a been bigger deal for small and micro entrepreneurs, the biggest job creators. Moreover, the Finance Minister should ask banks why they are not lending to MSMEs.

The missing link is, of course, exports. No country has gone from poverty to middle class without big exports. This is how the Far East countries did it, the latest being China. Exports have done well this past year but the Budget has failed to reverse the pernicious trend of raising import duties. The Production Linked Incentive is a good scheme and many world players are coming in. Unless there is a sunset clause to end high import duties in each scheme, India will not be able to join global supply chains, which hold the biggest potential for creating world class jobs.

Another criticism of the Budget is that it doesn’t do enough for the poor, badly hurt by the pandemic and now by inflation. True, allocations for food and job subsidies (MGNREGA) have been reduced. But the Budget assumes that the pandemic is on the way out and future waves will not need lockdowns. If it happens otherwise, then allocations for investment will definitely have to be reversed in favour of subsidies. Second, the Budget assumes oil prices, an important reason for inflation, will decline and the average price over the year will end in the $ 70-75 range per barrel, compared to $ 87 today. If it doesn’t happen, the government will again have to correct course. These are uncertain times and your assumption may be different from mine.

The Finance Minister has rightly ignored the incessant noise about rising inequality and has focused on productive jobs. India, at this stage of its development, should be more concerned with opportunity, not inequality. As long as there is a basic safety net for the poor – food transfers and MGNREGA jobs – it is right to focus on jobs and growth in order to lift everyone into the middle-class. This is the best way to address inequality. Besides, only sheer growth will bring revenues to the government to spend on health, education and poverty. Who cares if there are billionaires on the way? Remember, if the vice of capitalism is greed, the sin of socialism is envy. A sensible person prefers greed to envy and opportunity to equality.

There is valid criticism, however, about totally missing the privatization target set in the last Budget. Heads do roll when promises are not kept in an accountable organization. Privatization is not easy and government needs to bring in more talent and a bull dog like Arun Shourie at the top. It is better to under-promise and over-deliver but let’s hope next year’s modest target doesn’t mean that the Finance Minister has grown fearful after the farm laws fiasco, especially of an agitation by bank employees. Offer them a generous VRS and the returns from it will be plentiful through a better price from privatization.

Let me conclude by saying that a budget is more than a series of numbers on a page. It embodies our values. By choosing investment over consumption and job creation over freebies, this Budget has opted for the long term dignity and prosperity of Indians. This is a victory.